Year 19 of Traveling Select & Training teams is upon us. PRAX, TOURNEY, TRAINING, & BOX! It's time. Box Summer League, Summer Field Training, Summer Box Training, Local / Travel Field Tournaments, Local / Travel Box Tournaments. We can't wait to get back at it. Looking forward to playing 3x, building #StickStarHabits, and rocking Khakis for Year 15! Summer starts on MAY 2nd with the TEXAS BOX LEAGUE. CLICK HERE TO REGISTER MONDAYS IN MAY ARE FOR BOX! NEXT we kick off SUMM
1,134 views0 comments

DEVELOPING YOUR PLAYER IN Dallas Texas This weekend StickStar is hosting its final seminar of the fall in Dallas. We love the seminar environment, and hope you'll join us. We will train whoever is there, whenever they are there. The schedule is below. We hope everyone will attend the entire weekend but understand there may be conflicts. Please register today! October 9th / 10th - Dallas, TX (Coppell Middle School North) 120 Natches Trace, Coppell, TX 75019 Oct. 9th: 9AM
99 views0 comments

DEVELOPING YOUR PLAYER IN CENTRAL TEXAS. This weekend StickStar is loading up the bus and heading down to the ATX to Train once again. We love the seminar environment, and hope you'll join us. We will train whoever is there, whenever they are there. The schedule is below. We hope everyone will attend the entire weekend but understand there may be conflicts. Please register today! September 25th / 26th - Austin, TX (TBD - Likely Soccer Zone Lakeline) Sept. 25th: 9AM to No
17 views0 comments

Fall Box Training Kicks off Next Week! For weekly training in Dallas we choose Box. It is the most beneficial for developing skill in all players, especially youth. Getting everyone to one place is tough, but ensuring it is always going to happen helps, THX BLUE SKY! We hope you'll join us as we kick off the fall at our Box Open House. If you are looking to join our Box Program, please fill out the link below. If you've already attended tryouts, please just attend as thi
97 views0 comments

Will Also Serve as an Auxiliary Dallas Evaluation. September 12th - Coppell, TX (Wagon Wheel Park) 9AM to 1130AM 3PM to 5PM Fee is $57.50 The StickStar Seminar is the most efficient and effective environment for development in the State of Texas. Players leave with new individual skill sets, greater positional understanding, and a greater awareness /understanding of team based execution. We move kids, they get reps, and they leave more slick and more aware than they started
116 views0 comments

DEVELOPING YOUR PLAYER IN CENTRAL TEXAS. CONSISTENT DEVELOPMENT IN THE ATX The 1st thing we must establish in the ATX is a consistent training schedule. For StickStar it is all about development. We build skilled players and then find opportunities for them to compete. It has been our equation for success since our inception, and as the longest running club in the State it has worked. There will be plenty of opportunities to compete but ultimately if we get kids to the fie
229 views0 comments

Pt. 1 Outdoor (Seminars) The StickStar Seminar is the most efficient and effective environment for development in the State of Texas. Players leave with new individual skill sets, greater positional understanding, and a greater awareness /understanding of team based execution. We move kids, they get reps, and they leave more slick and more aware than they started. The wasted motion, excess, and monotony of a regular, weekly practice is removed. In our setting knowledge com
547 views0 comments

Pt. 1 Outdoor (Seminars) + Pt. 2 Box (Blue Sky) + Pt. 3 Compete (LOCAL / TRAVEL) While everyone has been focused on Tryouts, StickStar & THE TEXAS Box Program just capped off an unforgettable CHAMPIONSHIP run at USBOXLA Nationals. A huge step for StickStar and Texas Box! It ranks way up there in terms of most important tourneys we've ever won, something we will breakdown at a later date. Also, if you win Box Nationals does that mean you're a NATIONAL PROGRAM? We've been a
1,107 views0 comments

Texas United Year 10 is upon us! One of the most enjoyable sights for StickStar is seeing 100+ #KhakiWarriors at Alden Bridge Sports Park playing 3x 20 minutes prior to a 3 hour long Seminar Session. We've really missed our Texas United Seminars as we haven't held one thus far in 2020. Absolutely Shocking. This fall we are utilizing our Seminars to kick off Fall Practice in Houston & Dallas. We look to once again ramp seminars back up in Year 10 of our United Program but r
824 views0 comments

Kicking off HTX Training with 8.5 hours of work. StickStar Seminars separate us from everyone else.  They are unique, consistent, and guaranteed to help your player improve.  If players commit to our training, they will, without a doubt, become the best players possible!  One does not have to be the biggest, the fastest, the strongest.  We WILL make you smart and skilled.  (Although those other traits do help...)  Our training is based on skill development.  Stock drills a
167 views0 comments

PRESENTED BY TEAM ISSUE! #StickStarReport19 is back, and settling into our new home StickStarLax.com. We are once again revving back up for our 9th Season of Consistent and Comprehensive coverage of lacrosse season in the Lone Star State.  StickStar is so proud of Texas Lacrosse, where it is at, and more importantly, where it is going. To help us in that effort, Team Issue is coming along for the ride.  We appreciate their support and their dedication to Texas Lacrosse. W
437 views0 comments 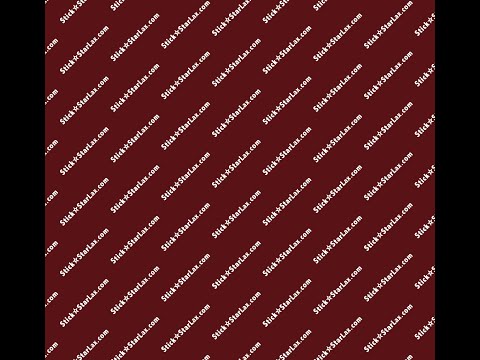 Merry New Year! We are proud to announce that StickStarLax.com is LIVE. It will be your home for THE StickStar blog, and all of our media / content. Book mark this site as it will bring you Year 9 of consistent and comprehensive #StickStarReport coverage. We'll also have #StickStarProductions, #RecruitingRadar, #TacoTuesday, #StickStarHabits, #TXNnxtLVL, #TheLaxPros and much much more! Like, share, retweet as content is coming. #ContentKings
231 views0 comments